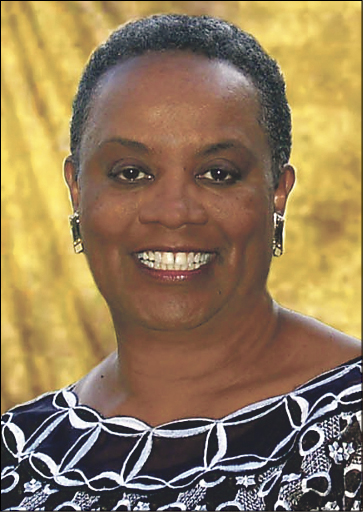 Rev. Dr. Weems is a biblical scholar, an academic administrator, a writer, blogger, and ordained minister. Her scholarly insights into modern faith, biblical texts, and the role of spirituality in everyday lives make her a sought-after writer and speaker.

She became the first African-American woman to earn a Ph.D. in Old Testament. Ebony Magazine named her one of America’s top 15 preachers.

Weems received her bachelor’s at Wellesley College and holds a master’s and Ph.D. from Princeton Theological Seminary.

She has been a faculty member of Vanderbilt University and visiting professor at Spelman College. Her current post is vice-president and academic dean at American Baptist College in Nashville.

She is the author of several acclaimed books on women’s spirituality and wholeness, including the influential "Just a Sister Away." Many have read her commentary on the Song of Songs in The New Interpreter’s Bible series by Abingdon Press.

In 2008, Yale University invited Weems to give the prestigious Lyman Beecher Lecture, making her the first African-American woman to do so.

In addition to illustrious academic accomplishments, Weems has had great success communicating with secular and lay audiences.

Her book "Listening for God: A Minister’s Journey Through Silence and Doubt" won the prestigious Wilbur Award by the Religious Communicators Council for "excellence in communicating spiritual values to the secular media."

She has provided commentary and analysis for the Discovery Channel, BBC, and Washington Post and was a panelist on Bill Moyer’s "Genesis Project."

She has appeared on the PBS program "Washington Week" and was a columnist for Beliefnet.

She is married and has a daughter.

• On the OCU campus, Weems will lecture on "Gender and the Bible" at 1 p.m. in the Bishop W. Angie Smith Chapel. At 2:30, she will engage in a discussion on the same topic with Professor Sharon Betsworth of the OCU’s Wimberly School of Religion.

• Everyone also is invited to hear Weems speak on "Gender and the Church" on Nov. 12 at 6:30 p.m. at Fifth Street Missionary Baptist Church, 801 N.E. Fifth St. in Oklahoma City. This event is sponsored by the Oklahoma Institute for Biblical Literacy.