Saint Paul School of Theology celebrated a first for its campus at Oklahoma City University on May 19: three people were conferred the degree of Doctor of Ministry during commencement.

They were first to apply for admission to the doctoral program when Saint Paul announced it for Oklahoma City, said Angela Sims, academic dean. The program began in January 2014. Saint Paul operates on two campuses: at OCU and at UM Church of the Resurrection, Leawood, Kan.

All three men have connections to the Oklahoma Conference.

Rev. Dr. Powers is senior pastor at Edmond-First UMC. He began serving in Oklahoma in 1996.

Delivering the commencement sermon, titled "What Difference Does That Make to You?," was Oklahoma’s Bishop Jimmy Nunn.

He reminded the 11 graduates it’s "easy to take our eyes off Jesus" and advised them to "only follow Jesus, with our eyes fixed on him."

Bishop Nunn told the Class of 2017 that they have selected a "difference-making vocation."

"You are equipped. What difference is God calling you to make?"

Graduating with Master of Divinity degrees were:

In other news, retired Bishop Robert E. Hayes Jr. will teach a course in United Methodist polity in the spring for Saint Paul at OCU, Sims said. Oklahoma’s former episcopal leader has officially signed a contract to serve as Bishop-in-Residence at OCU. 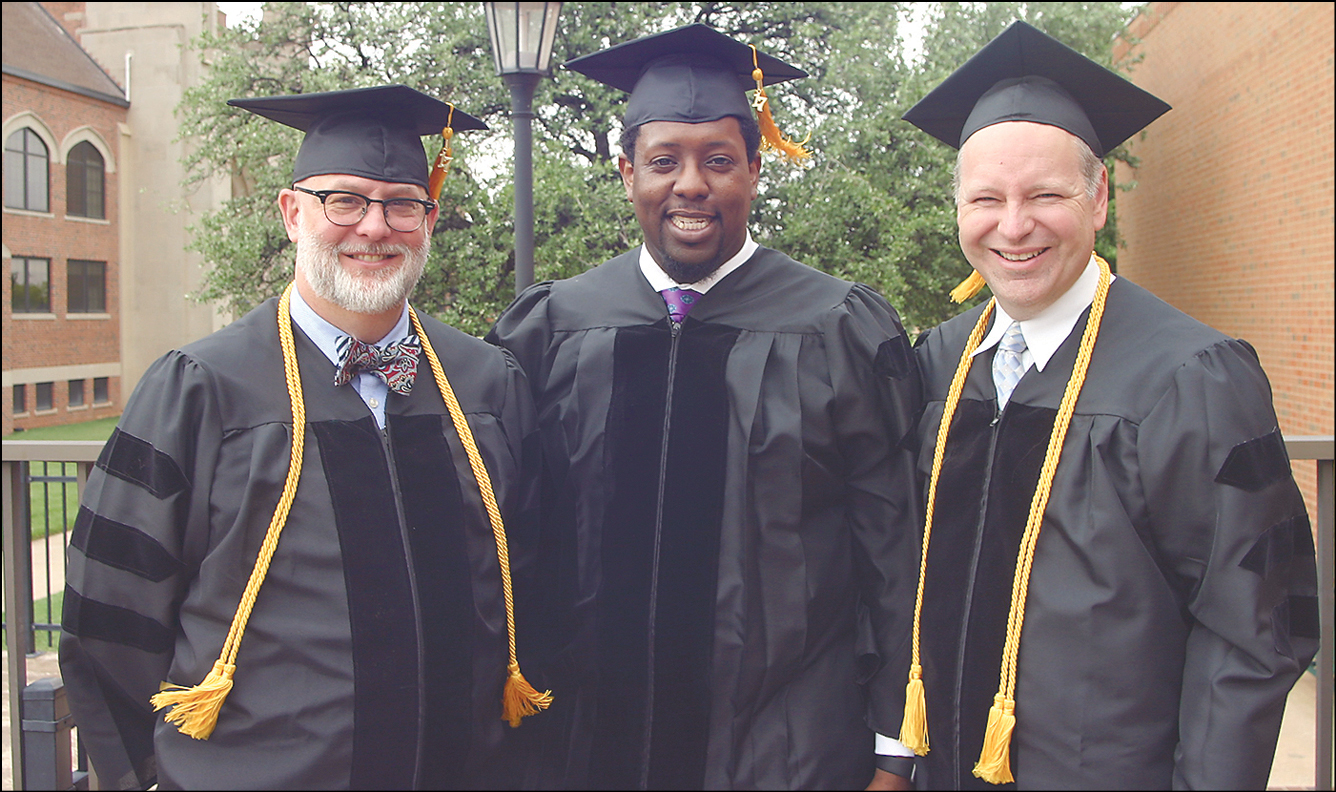