A project that helps provide comfort to hurting or troubled children has proven to be a hit among the members of OKC-New Hope UMC.

The Warm Fuzzies project involves collecting stuffed animal toys twice a year, to be donated to ambulance crews and the Oklahoma Highway Patrol.

After they arrive at the church the furry bears, puppies, and other critters get places of honor on the seats of the sanctuary. During services, they get cuddled by worshippers.

When a person gives an animal, the donor’s name is written on an attached tag, said Nellyne Hanlin, one of the project coordinators. That way, the child who receives the toy will know who it’s from.

The collection drives are each May and October, Hanlin said. At the end of the month, the church holds a service to dedicate the toys. Then they are bagged individually and readied for distributing.

Ambulance crews prefer animals with "obvious arms and legs," Hanlin said. That way a child "can point on the bear to where they hurt."

Other types of stuffed toys, such as a tomato or a fish, are donated to the OHP. They are used by the OHP chaplain and patrol officers across the state, Hanlin said.

She knows a former Child Protective Services staffer. The man had seen a child in a difficult situation receive a stuffed animal. "It was amazing how it calmed the child down," he told Hanlin.

The church has since branched out, also collecting children’s blankets for emergency responders. The Warm Fuzzies team learned sometimes crews go into homes that are too chilly for the children who live there.

"If they need a blanket, they get one," Hanlin said.

At the end of a collection month, an ambulance crew arrives at the church and accepts the Warm Fuzzies from the youngsters in New Hope’s Children’s Day Out program. That gives those children a chance to explore the ambulance, too.

"It’s helpful for them to see the inside even when they don’t need it." Hanlin said.

The 560-member church has been gathering 600 to 700 stuffed animals a year, Hanlin said.

It’s the type of project that could be adopted by almost any church, she said. "It’s a need that never goes away. It’s something anyone in church can do regardless of age." 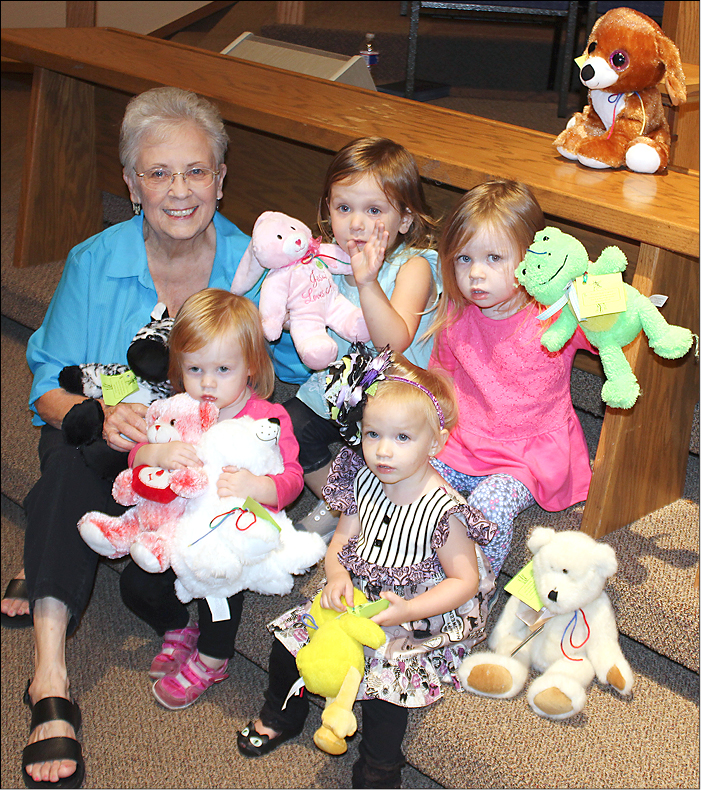