Installation of the 2016 officers for United Methodist Women placed another keystone in the new eight-district structure of the Oklahoma Conference.

On Oct. 3, Bishop Robert Hayes Jr. presided as UMW officers for every district and the Conference level were inducted, in the 2015 UMW Annual Meeting hosted at Woodward-First Church. Their terms begin Jan. 1.

UMW operations at all levels follow a calendar year. The Conference’s realignment from 12 to eight districts became official June 1. However, the UMW ceremony underscores that such change is not accomplished in one midnight pen stroke.

Speaker was Anita Phillips, a member of the Keetoowah Cherokee Nation and an elder in the Oklahoma Indian Missionary Conference.

Cindy Hull of Waynoka continues as Conference UMW president. The 2016 Pledge to Mission is $290,000.

For Kraiza, the event also meant a family visit. Her mother is a member at Woodward.

"Loved the entire weekend. The churches at Woodward certainly have hospitality. I should have been tired; instead I was energized by all the wonderfulness that took place!" declared a social media post by Conference UMW Music Leader Judy Horne.

"God’s Spirit was evident among us. Much laughter and radiant faces!"

On April 15-17, the South Central Jurisdiction’s UMW Quadrennial Meeting will be held in downtown Oklahoma City. Every four years, this event draws attendees from eight states. 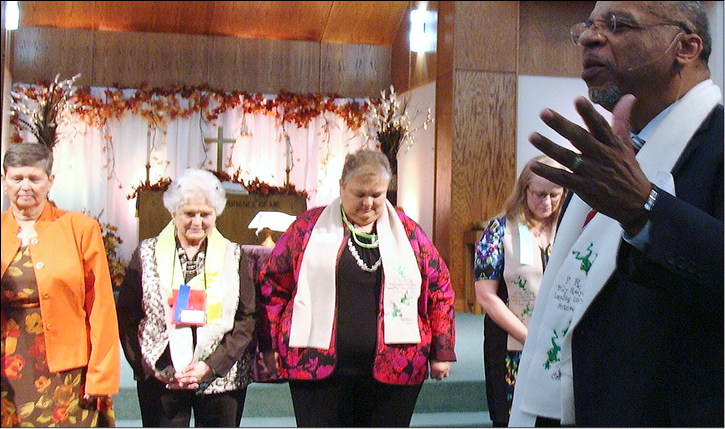 Bishop Hayes prays during the officer installation Oct. 3 in Woodward. 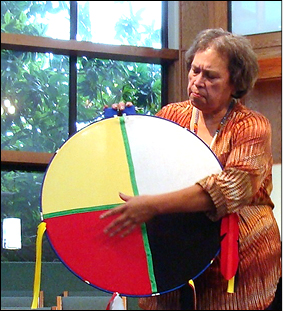