Old is renewed in Marlow

10/9/2015
Marlow-First UMC recently celebrated 125 years with a new worship service, food from a new restaurant in town, and a new sermon series.

That’s a great way to step into the next 125 years!

On Sept. 13, early worship in the sanctuary began at 9:15 a.m. Senior Pastor Matt Scraper launched his sermon series "The Word Became Flesh: Six of the Greatest Verses in the Bible." A new music team led this new, informal service, which is called SonLight.

Wichitas District Superintendent Chris Tiger was featured in the main service at 10:45, as the church celebrated its milestone.

The day included catered BBQ, inflatable games for the children, and browsing displays of church history throughout the main facility and youth building.

"For 125 years, our community of faith has been a fixture in Marlow. We have sustained the community in times of grief and loss and celebrated countless joys, homecomings, and successes," said Rev. Scraper. 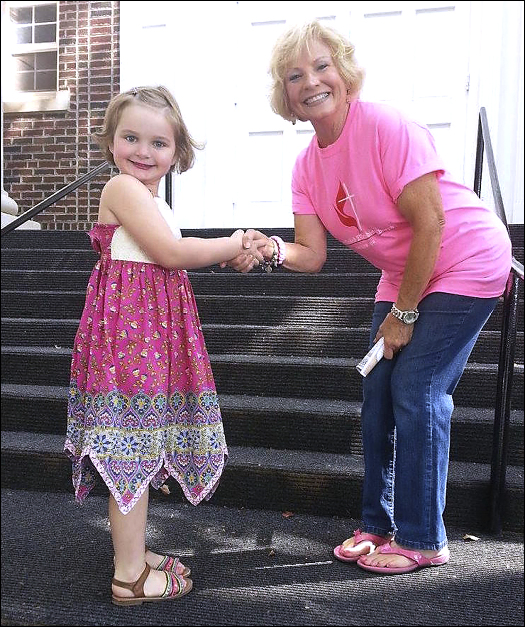 Pam Ferguson, right, greets young Hattie Gann on Sept. 13 at the front steps of Marlow-First United Methodist Church on Main Street. Below, historic photos and other displays of memorabilia drew out lots of memories from participants attending the church’s 125th anniversary day. From left are Marylou Mahaffey, Gail Bailey, and Ramona McWatters. 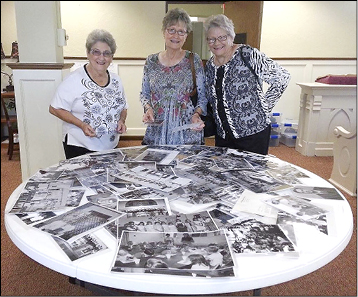