A high moment of worship was the baptism of fourth-grader Nathan, son of Justin and Rev. Trina Bose North of Edmond. Pastor Scott Spencer used water that Trina had brought from her Holy Land pilgrimage.

Worshippers were invited to reach into the bowl of water during Communion and take small stones to remember this birthday. Musicians performed "Something in the Water."

In 1963, Bob and LaWanda May drove past a sign announcing Leland Clegg Methodist Church was opening. They went to worship the first Sunday — but arrived an hour too early. So they ate breakfast with LaWanda’s parents before the service started in a former military barracks, Bob said. They became Clegg charter members.

Cheryl Burnet is described as a "balcony baby" of Epworth UMC, which had occupied a former university building since 1919. She fondly recalled playing in the children’s space developed later on the building’s south side.

In December 2014, the Epworth property was sold. And a congregation of the Oklahoma Indian Missionary Conference (OIMC) now meets Sunday mornings in the former Clegg facility.

Mosaic’s temporary worship space is Smith Chapel on the Oklahoma City University campus. However, the pastor’s office and weekday activities are at the former Clegg church.

"I am so privileged to be with you today," Spencer told the crowd of 180 people on Sept. 13. He preached on Genesis 3.

"I believe I make a small difference," he said. "Working together, we make a bigger difference, and Mosaic wants to make a huge difference in the world." 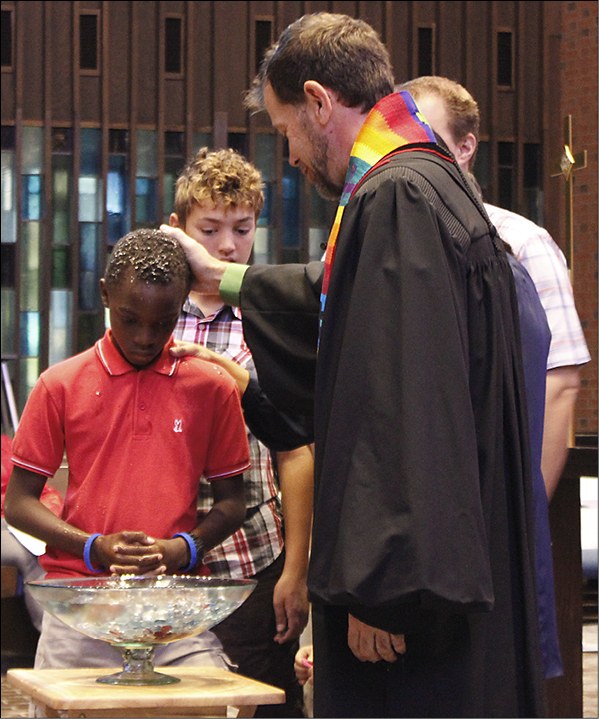 Water from the Holy Land sparkles in Nathan’s hair as Scott Spencer baptizes him Sept. 13 at Mosaic UMC. 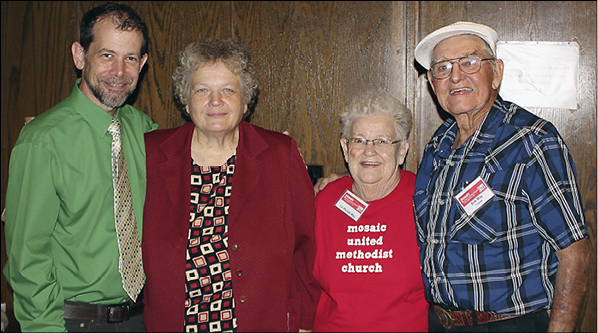 From left: Pastor Scott Spencer with OKC-Mosaic charter members Cheryl Burnet and LaWanda and Bob May.
Photos by Holly McCray