Each year, Oklahoma City University presents the Bishop’s Scholar Award to deserving students as a part of its effort to identify and support academically advanced United Methodist youths who are committed to a career in Christian service to the Church. We are very proud to announce the Bishop’s Scholars for 2014. 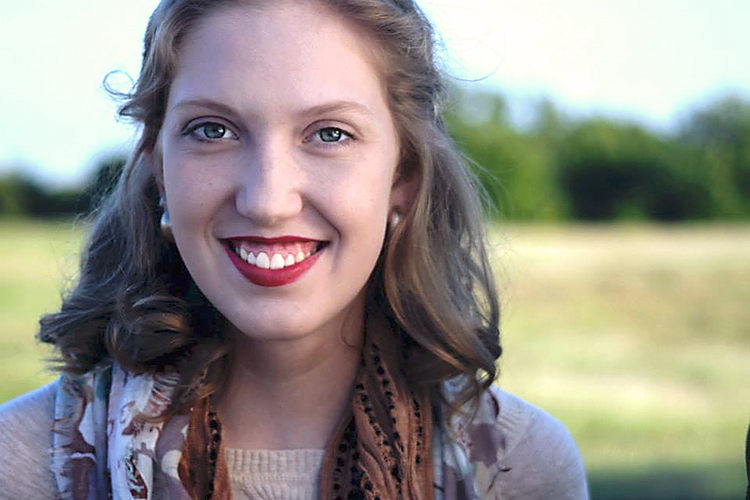 A worship service four years ago at Youth Force OKC is one Melaina Riley will never forget. She received a phone call that a longtime friend had died after battling leukemia for a year.

She approached the altar, heartbroken. She soon was surrounded by others in her youth group and then by people she didn’t know, all of them praying for her.

Months later, Melaina realized that experience was the beginning of a call to ministry.

She has been very active in OKC-Quail Springs UMC, where she offers her gifts of playing flute, trombone, and handbells; serving as liturgist; and leading the children’s time.

Her pastor, David Clewell, wrote, "I believe she has gifts and graces for ministry, and I have encouraged her to continue to listen to her calling to ministry."

That calling brought Melaina to visit OCU, where she met with Professor Sharon Betsworth, director of the School of Religion, and was welcomed by several students who encouraged her to join them.

Melaina said she is ready to answer the call captured in the title of a favorite book, "Here if You Need Me." 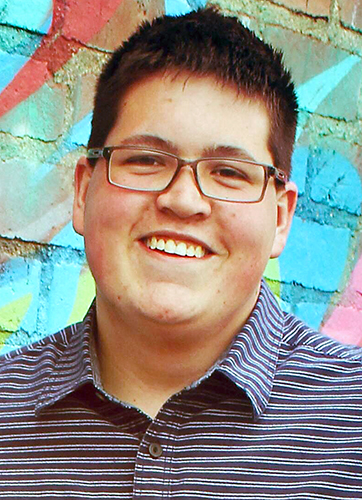 Joey Simpson likes to be involved in a variety of activities. He attended Boys State, asked probing questions about literature in his English class, and studied engineering at Francis Tuttle Technology Center. He has been very active in the youth ministry of OKC-Church of the Servant.

Within his wide array of interests, however, Joey never really felt a passion for a particular career.

In his church, Joey has served as a Confirmation leader, managed multimedia for the contemporary service, invited friends to be part of the youth group, and, a particular favorite, participated in mission trips.

On a Spring Break mission trip to New Orleans last year, Joey was asked to give a witness of what the trip meant to him. He spoke passionately about how all his trips enabled him to form strong relationships with God and others. Members of the group told him that they were moved by his testimony.

That caused Joey to think he might have found a career calling after all. He talked to clergy on the church’s staff. Senior Pastor Robert Gorrell said he already had noted that commitment in the young man.

It seems everyone knew Joey was called before he did, and now he continues that journey at OCU with the support of his congregation. 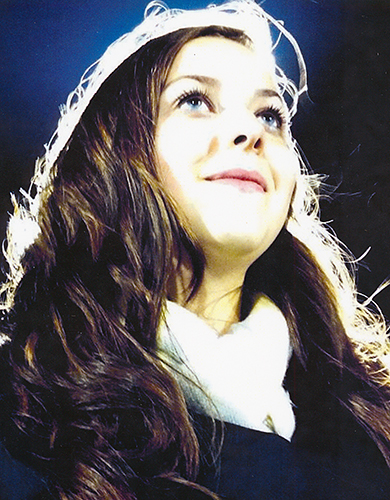 Attending OCU will be like coming home for Jackie Bolton. Her mother graduated from the law school in 2010, and Jackie has been on campus every Monday for four years, participating in the Oklahoma Youth Orchestra.

Her love of music has been expressed during her time at Yukon High School as a member of a vocal ensemble and as a three-year All-State clarinet player. She has also been drum major for the Pride of Yukon marching band for three years.

Her senior pastor, Michael Burkett of Yukon-Good Shepherd UMC, pointed out, "Rarely is a student given that responsibility so early."

Jackie’s work as a tutor for at-risk children and an internship in her church youth program led her to sense a calling to youth ministry.

We encourage all clergy and laypersons to identify youths in your congregations who express interest and ability in ministry. Encourage them to apply to become a Bishop’s Scholar and for other scholarships to OCU. For details, visit www2.okcu.edu/religiouslife/scholarships.aspx or contact Rita Himes, 405-208-5060, rhimes@okcu.edu.