A keen free climber*, he’s scaled cliffs in Arkansas and Colorado, and in Oklahoma’s Wichita and Arbuckle Mountains.

He challenges mountains of injustice because he’s also passionate about working with people who are marginalized. Rev. Leathers became executive director of Criminal Justice & Mercy Ministries (CJAMM) for the Oklahoma Conference in 2013.

His social activism isn’t limited to his job. You will find him standing vigil on the eve of an execution, promoting knowledge about addictions, and seeking out legislators at the state Capitol. He lives in Guthrie.

His first job after college was pivotal, he said.

Adam and Virginia Leathers met and began married life while studying at Alamosa, in Colorado’s San Luis Valley. They "saw a lot of poverty" in the valley, Adam said. Its key industry, farming, employed numerous migrant field workers. A nonprofit radio station billed as "a voice for the migrant worker" offered Adam a job after graduation.

When growers required more work by the migrants but refused to pay higher wages, "it was my first time to really see injustice," he said.

"I see people who work hard and aren’t able to get ahead. That’s not fair."

That radio job launched his activism.

The couple lived in greater Kansas City on the Saint Paul seminary campus while Adam pursued a clergy career.

Living in the inner city, "we saw the cycles of crime and poverty," he said. "Again, we saw people working hard, but they weren’t rewarded for it.

"We also saw the Church by and large not responding in ways we hoped. I was raised United Methodist, and we were supposed to do that. It was embarrassing."

He volunteered for a homeless ministry and pastored a congregation of mostly homeless people.

The Leatherses moved to Oklahoma when Virginia was accepted to the University of Oklahoma, and Adam was appointed pastor at Wellston UMC.

He also volunteered for New Day Camp, an extension of CJAMM’s ministry, for children whose parents are incarcerated.

One of those children, now grown, served as a New Day Camp adult leader this summer. Knowing the young man’s background, Adam was excited to learn of his interest in the ministry.

Oklahoma United Methodism is "out there in the streets and doing good," Adam said.

"If you want to be in the mission field for justice issues, this CJAMM is far and away No. 1 in all of Methodism. We have amazing volunteers and employees. This feels like the place where we need to be to make effective change."

Born in Colorado, Leathers grew up on outdoor adventures and healthy living practices. He recently combined his social activism and his love of rock climbing. His physical effort raises funds for worthy causes.

In April, he rappelled down a 30-story Oklahoma City skyscraper for a campaign that targets addiction. And in the fall, CJAMM will benefit from pledges he earns in a 24-hour rock-climbing contest. He hopes to complete a vertical mile.

(*Free climbers wear ropes and harnesses for safety but do not use them to assist their progress on the rock.) 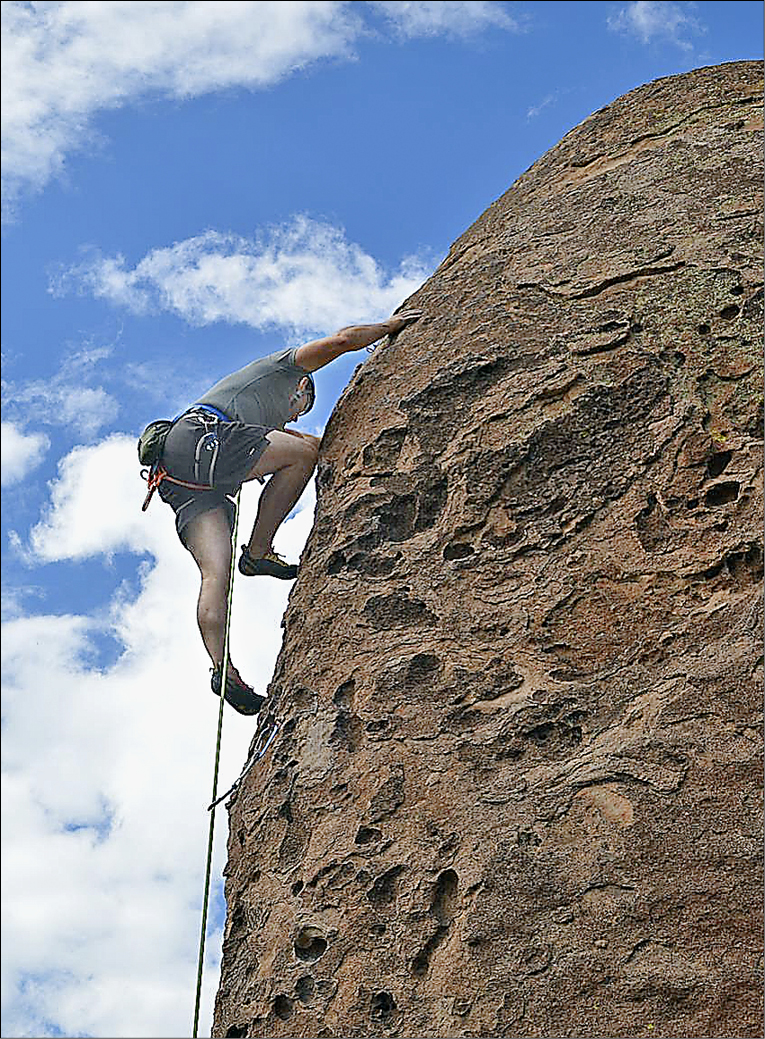 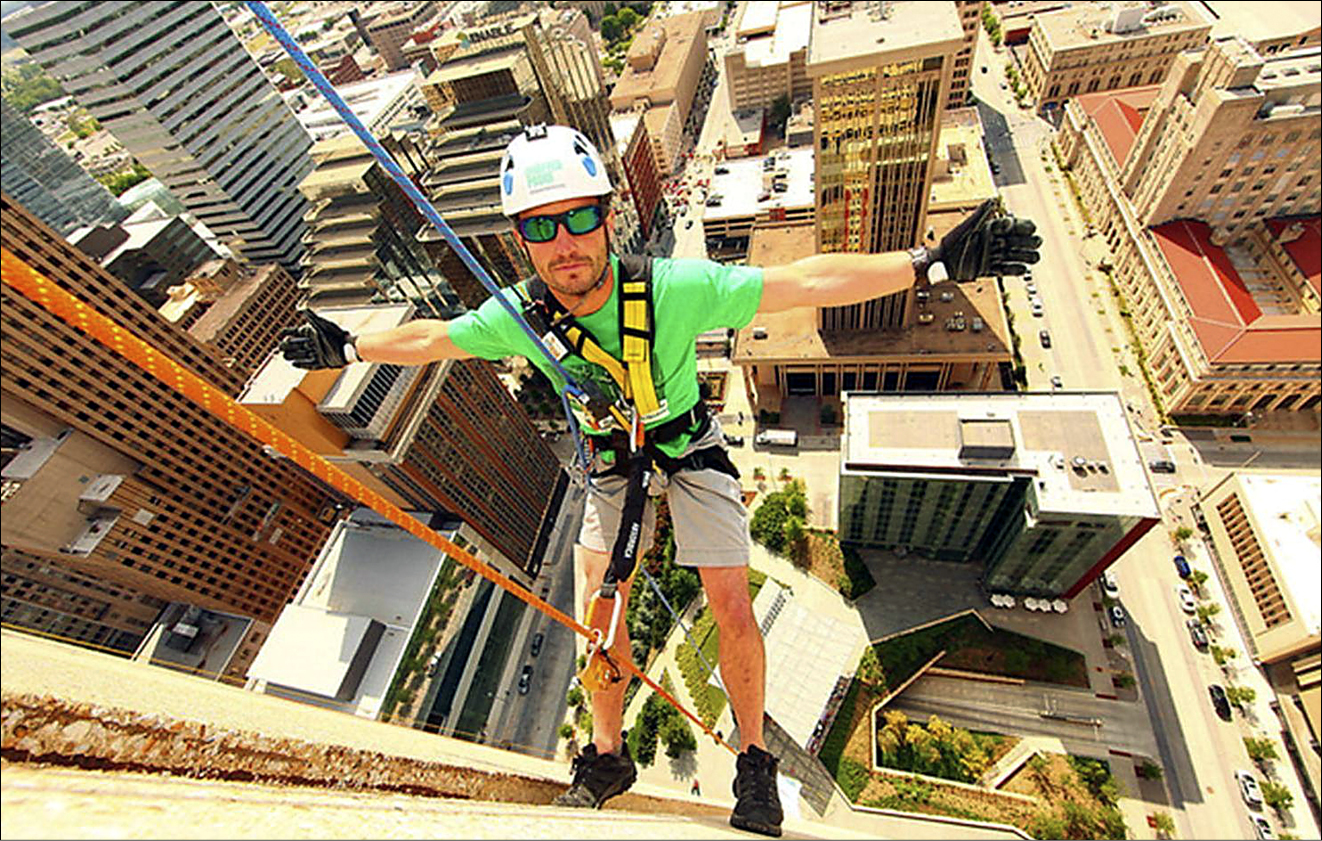 Dangling above Oklahoma City’s downtown, Adam Leathers starts his rappel down the Sandridge Energy Building, taking on the Shatterproof challenge to raise awareness about addiction.