Mission u impacts you

You cannot calculate the full impact of Mission u*, hosted each July at Oklahoma City University, according to the program’s 2015 dean, Derrek Belase.

Many of the adult attendees will present what they learned to people in their local churches, said Rev. Belase. They will share with Sunday school classes of all ages, United Methodist Women, and other groups. And people will take action based on that education.

Thus Mission u is a "train the trainer" event, Belase said. It is not possible to assess its total reach throughout the year.

He said, "We have no sense of the ripple" that moves through Oklahoma’s churches from the education gained by those at Mission u.

Each year, studies explore three current issues. For 2015, they are: "Created for Happiness," "The Church and People With Disabilities," and Latin America.

School supplies were collected for Skyline Urban Ministry in Oklahoma City and Restore Hope in Tulsa. Participants carefully counted them at the Weekend and One-Day Plus events.

The youth hands-on project during Mission u was helping Pastor Diana Northcutt prepare to open The Well, a new church plant in south Oklahoma City.

A project for teens with disabilities in Uruguay benefited from the Mission U offering, which totaled $2,200. Giving provided one way of taking action based on two of the studies, Latin America and people with disabilities.

Belase said the gift jump-started the denomination’s goal to raise $12,000 for that project in 2015. "Restoring Dignity to Handicapped Teenagers and Young People" is UM Advance Project No. 3021601. Advance records showed only $200 had been donated before Mission u began, according to Belase.

Mission u is an annual cooperative effort by Oklahoma’s United Methodist Women and the Mission & Service Ministry Team. Jo Ellen Reed, a member of OKC-Sunny Lane church, will be the 2016 dean.

(*Mission u was formerly the School of Christian Mission.) 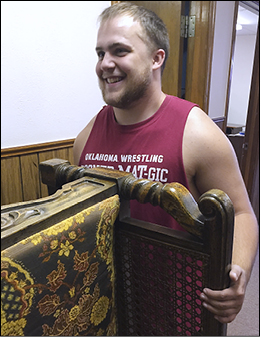 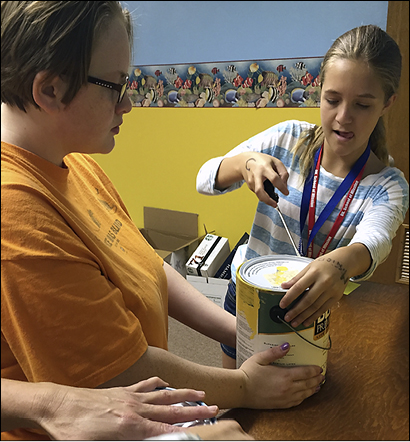 Youths at Mission U take on a service project. 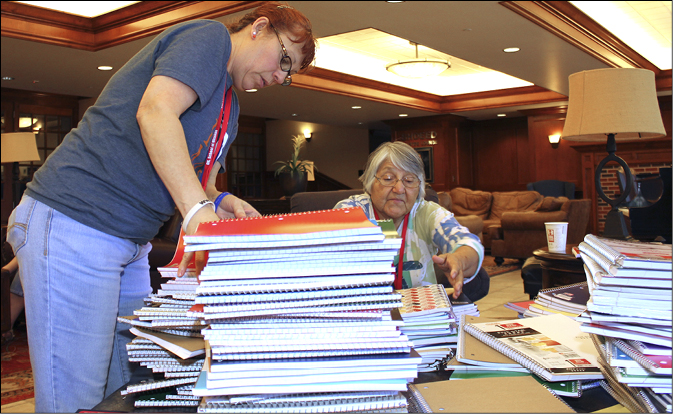