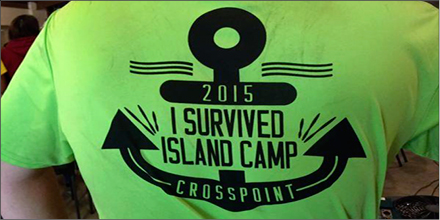 The adventures of summer camp can include just getting there. Ask the teenagers who floated across floodwaters June 22 to Cross Point Camp south of Kingston, Okla.

Lawton District youth campers prepare to paddle to Cross Point Camp, on a peninsula south of Kingston, on June 22. Heavy rainfall has overwhelmed Lake Texoma, and the access road into Cross Point has been underwater since May. "Island camp" became reality, thanks to boat owners loaning their craft. Safety is top priority for the water crossing, about one-half mile. New Day II and CYME Camps expect to continue the island adventure later this month. Photo by Deborah George