Two-by-two, leaders from 12 districts built a symbolic stone foundation around a single candle on May 28, the final day of Annual Conference in Oklahoma City. That candle’s flame then provided the light for eight pillar candles nearby.

Their glow marked the dawn of Oklahoma’s new eight-district structure.

"The charge of serving God meaningfully in this new alignment awaits us," Bishop Robert Hayes Jr. told delegates on May 26. "We want more laity and clergy blazing new paths for people to encounter Christ."

Within each district, churches are grouping by affinity as Missional Areas, the superintendent is taking on the role of Key Missional Strategist, and a full-time District Administrator will staff each district office.

Bill Gossett of Duncan described the comprehensive work by the Board of Trustees and Chancellor John Ray Green’s leadership in legal matters during the transition to this new structure, effective June 1.

Theme for the meeting was "On Fire To Serve," sparked by Romans 12:11-13: "Don’t burn out; keep yourselves fueled and aflame. Be alert servants of the Master, cheerfully expectant. Don’t quit in hard times; pray all the harder..." (The Message)

In his episcopal address, Hayes vowed to do that throughout this year, his final one as bishop of the Oklahoma Area. He called all Oklahoma United Methodists to matching efforts in order to "finish strong" for God. (Read his speech here.)

Delegates worked into the night May 26 to complete balloting for representatives to the denomination’s global General Conference and eight-state South Central Jurisdictional Conference in 2016. Voting concluded at 11 p.m. at Oklahoma City University’s Freede Center.

Bishop Hayes has asked the Board of Church & Society, chaired by Mark Whitley, to plan Oklahoma forums on social justice issues prior to General Conference.

About 500 delegates attended afternoon mission education events on May 27.

Cooperation between Oklahoma’s sister conferences is apparent both in clergy appointments and following the closing of some Oklahoma Conference churches. 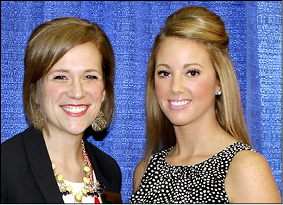 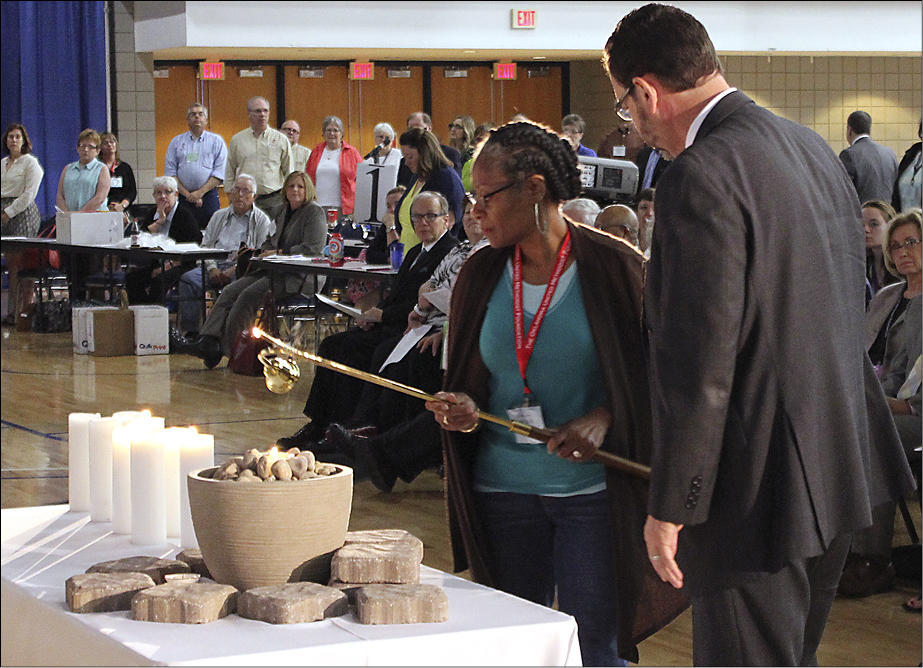 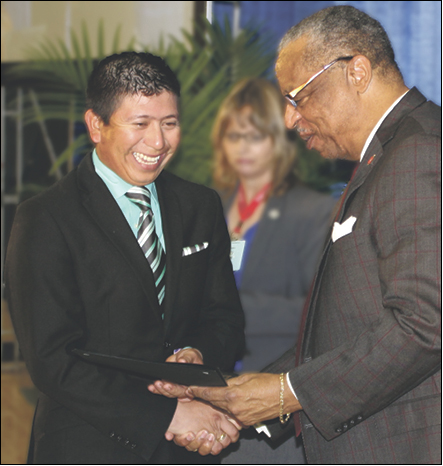 Left, Rubicel Asencio of Laverne accepts his Certified Lay Speaker certificate from Bishop Hayes at Annual Conference. The bishop honored 12 from the Hispanic/Latino Lay Academy, as Sandra Garza of the Board of Laity introduced them. The eight monthly classes in Spanish are coordinated by Carlos Ramirez of the Office of Mission. The academy recruits and equips leaders, seeking to live out that goal of the Oklahoma Conference’s Strategic Plan.