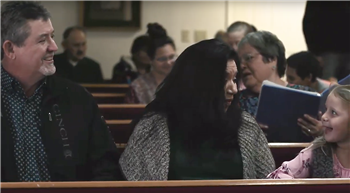 The Oklahoma Indian Missionary Conference is one of three missionary conferences in the United States and has been established for 175 years.

According to the General Commission on Archives and History, the Methodist quarterly conference licensed John Stewart a “missionary pioneer” in 1818 on lands “allotted to” the Wyandotte by the US government.

The following year, the Ohio Conference established an official mission to the Wyandotte. Stewart’s work and example inspired the formation of The Methodist Missionary Society in 1820. The foundations of the OIMC began shortly after with the evangelism work by the Methodist Church among the Cherokees, Choctaws and Creeks in the Southeast.

Today, the OIMC remains active both in local church and fellowship communities as well as across the country. In the last year, OIMC leaders have prayed at a border detention center for immigrant children, delivered donations to Pine Ridge Indian Reservation after devestating snowstorms, marched in the inagural Indigenous Peoples March in Washington, D.C., hosted a third annual immersion experience, and advocated for the well-being of Native peoples at national and global levels of United Methodist agencies.

OIMC has also produced some of the denomination’s top leaders, including Rev. Anita Phillips (executive director of the denomination’s Native American Comprehensive Plan), Rev. Chebon Kernell (executive secretary of Native American and Indigenous Ministries of the General Board of Global Ministries), and Bryan Tener (director of Contextual Evangelism and Church Planting Path 1 with Discipleship Ministries).

Learn more about the OIMC on their website at www.umc-oimc.org.