In the state that executes more prisoners per capita than any other state, according to National Public Radio, Lockett’s death by lethal injection did not go as planned. Public criticism and questions erupted.

Rev. Leathers began directing the Criminal Justice & Mercy Ministries (CJAMM) of the Oklahoma Conference in 2013. He also co-chairs the Oklahoma Coalition to Abolish the Death Penalty; CJAMM is among the Coalition’s 18 member organizations.

A fervent opponent of capital punishment since 2004, Leathers welcomed the inquiries from news media that included CNN. The state’s largest newspapers published his viewpoint statement. On May 18 at the Capitol, he took part in a Coalition-sponsored rally that drew TV coverage.

The group is among several pressing the state for an independent study and one-year moratorium on executions.

"I’m willing to put forth my efforts into this," Leathers said in a Contact interview. "When I’m standing before my Creator, I want to at least say I tried."

Leathers recalled meeting a youngster at CJAMM’s New Day camp. These annual camps are for children who have an incarcerated parent.

The boy’s father was a death row inmate.

"If you feel that strongly for the death penalty, look that kid in the eye and say, ‘I’m OK with making you an orphan because I’m angry with what your dad did,’" Leathers challenged.

"I see it differently."

He talked about the Old Testament verses that claim "an eye for an eye," etc. Those rules sought to limit the practice of sevenfold vengeance during that era, Leathers said. "And Jesus took it way past that."

Referencing those rules for his disciples, Christ taught: But I say to you … love (Matthew 5).

"The man we follow was executed by the state," Leathers said. "Do we really think he would be OK with this?"

His work to abolish the death penalty is not only based in Scripture and United Methodist principles.

He asserted that capital punishment is more costly than life imprisonment and does not deter crime, and he pointed to related research. However, moral reasons prevail among his objections.

He thinks especially of families affected — both victims’ families and killers’.

He thinks of that boy at New Day camp.

"Sympathy for the victim and family is manifested in counseling, prayers, community support, and contributions," Leathers said.

A killers’ family often is forgotten, said the CJAMM director.

"Causing that family pain is not going to alleviate the pain" of the victim’s family, he said. "It just causes more pain." 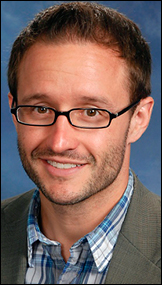 ‘When I'm standing before my Creator, I want to at least say I tried.’